"G'day Mate!"  Garry, my 'airport pick-up', grinned cheerily, his eyes twinkling in welcome as he effortlessly launched my bags into the back of his truck.  I had never really appreciated the true meaning of 'twinkly eyes' until I met Garry Deutsher.

Of course Garry was not just any airport pick up service but rather the owner, host and inspiration behind one of Tasmania's newest hidden gems - Free Spirit Pods, Bruny Island.

I grinned back, totally disarmed, if somewhat dazzled by the sun which shone intensely from the unpolluted Tasmanian skies.  I breathed deeply, my first fresh air for what felt like days. Minutes earlier I had landed at Hobart Airport after flying from my home on the Channel Island of Jersey via London, Singapore and the Australian mainland. I had finally lost count of the hours at some godforsaken time at Sydney Airport, yet the long journey had been all but forgotten at my first glimpse of Tasmania's rugged, forested shores. Suddenly, standing here, I felt as if I had come home. 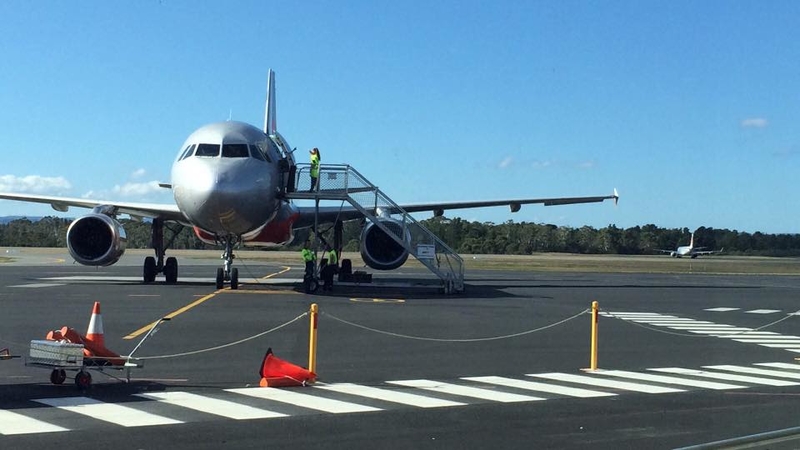 Words can never, ever express my gratitude at Garry's unsolicited offer to meet me off the plane and drive me down to his new venture on North Bruny in Tasmania's Far South.  So far south in fact, that the next stop heading 'down under' is Antarctica!

And so here we were, meeting for the first time at Hobart Airport - yet I was greeted with the genuine easy warmth of an old friend, not someone with whom I had only exchanged a few emails prior to my departure.  Thank you from the bottom of my heart Garry, I will never forget it.

We set off for the 45 minute drive to the little ferry terminal at Kettering amidst non-stop chit-chat. We made a brief stop at a roadside 'supermarket' to stock up on home made salmon sausages and other provisions from a veritable bounty of colourful fruit and veg in every shape, size and shade. Nothing can prepare you for the wonder of Tassie's acclaimed natural produce until you see and smell it for yourself - and taste it of course.  Garry told me that he can supply all his guests with a fabulous vegie box of local goodies from their neighbour's off the grid organic veg farm - a lovely touch, because come evening time, restaurants on Bruny Island are in very short supply. 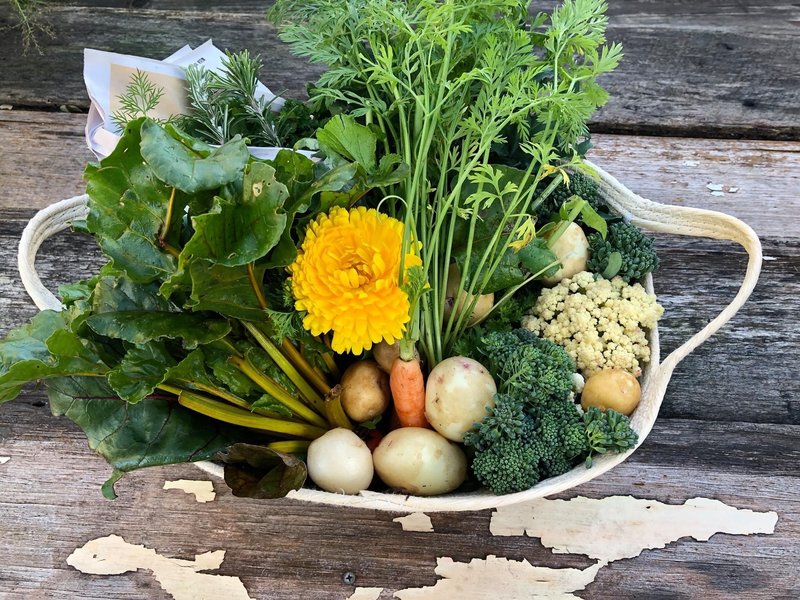 The relief of handing over responsibility for my personal welfare to another human being allowed sleepiness to creep up on me.  It was quickly kicked into touch by the deliciously cold, sweet, chocolatey ice-cream (Tasmanian of course) thoughtfully pressed into my hand by Garry at the terminal cafe. I was still devouring it as we boarded the little car and passenger ferry, 'Mirrambeema', headed for Bruny Island, one of the 332 offshore islands that makes up the Tasmanian Archipelago. 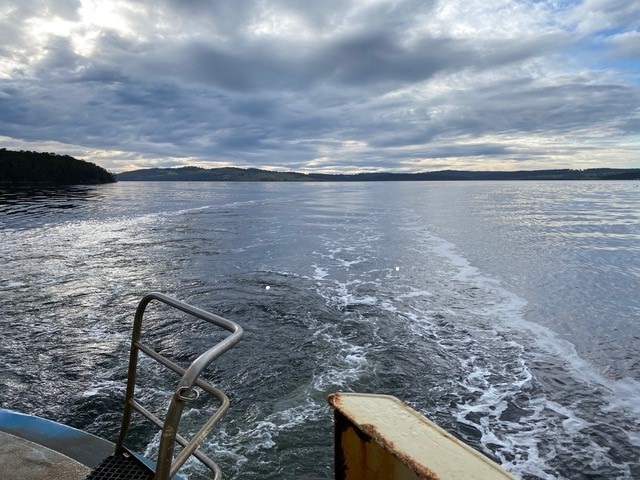 As we set off on the 15 minute crossing to the shores beyond, bathed in late afternoon sun, I felt familiar stirrings of excitement  This was far from my first trip to Bruny - I had made my maiden voyage across the D'Entrecasteaux Channel some 22 years previously, when even few Tasmanians had set foot on the island, and I have been lucky enough to make many visits since.

But this was to be my first stay on North Bruny and thanks to Garry I was about to find out exactly what I had been missing.

South Bruny is the destination of choice for 99% of visitors who travel south from Hobart. More developed than North Bruny (all things being relative in Tassie, for Bruny is still a wild island some 100 km in length with just 500 residents) South Bruny is joined to the north island via a narrow Isthmus called The Neck. 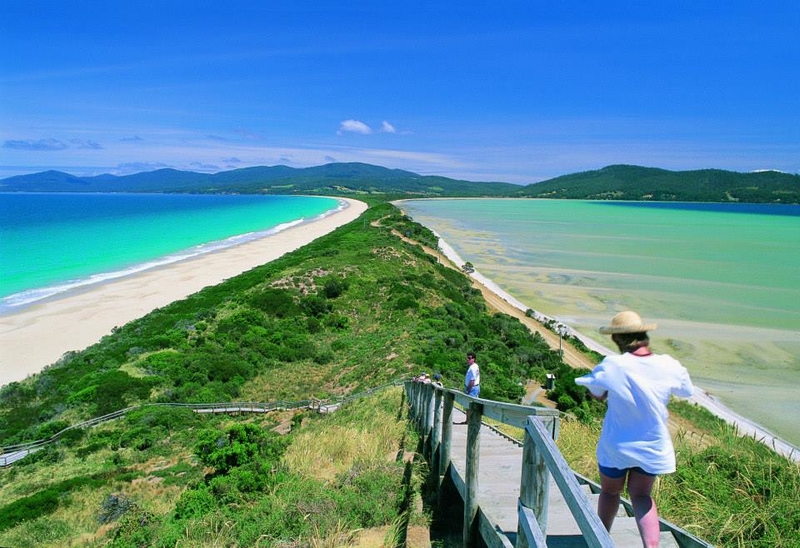 Most are drawn by the hugely successful day cruise run by Pennicott Wilderness Journeys - even whales can be seen at certain times of the year as illustrated by this recent client's photo. 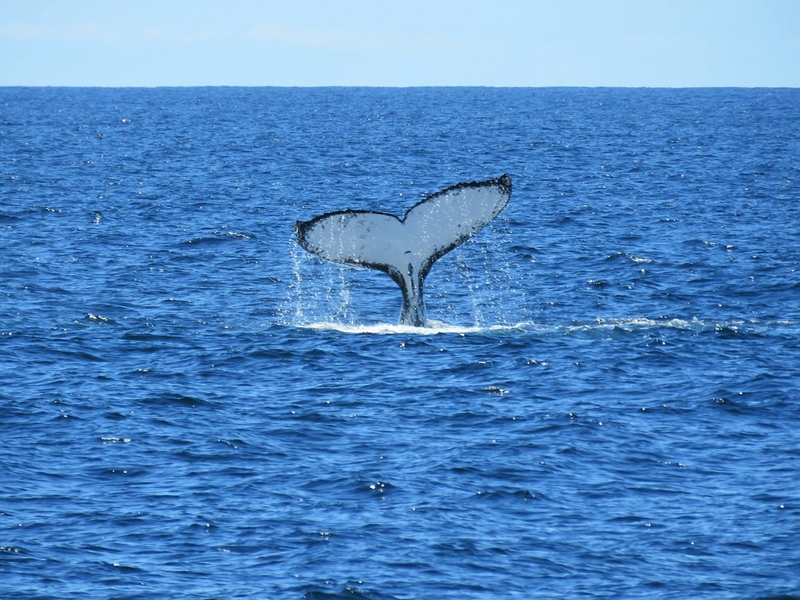 Those who are lucky enough to linger overnight on South Bruny do so in the hope of spotting all 12 endemic species of bird and Australia's only wild White Wallabies which emerge, predator-free, at dusk.  Sometimes the White Wallabies have little grey joeys peeping out of their pouch, sometimes it's the other way round. 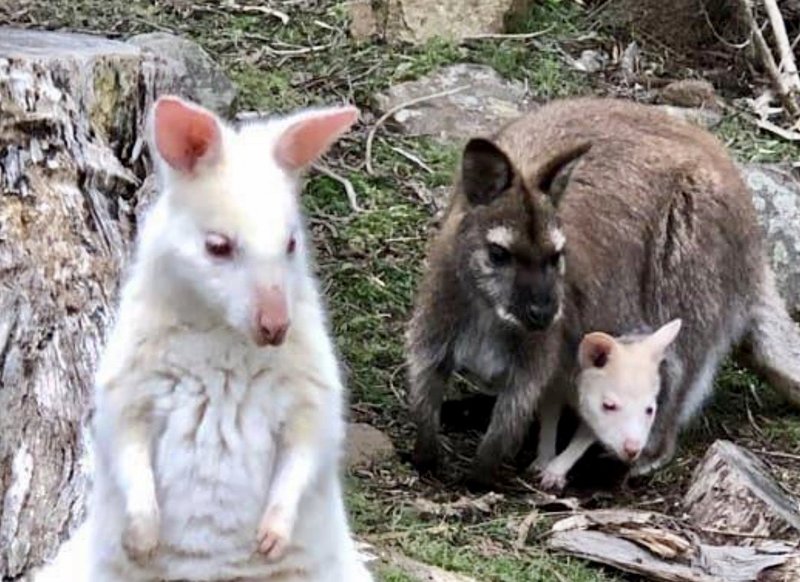 With lots of walking tracks, surf beaches, birds and gourmet producers as well as the cruise, South Bruny is a terrific day out for guests at Free Spirit Pods.

But surely the icing on the cake is waving goodbye to the day trippers heading back to 'the mainland' (of Tassie) in the knowledge that when the last ferry leaves for Kettering you will be one of the few human souls left on the island to enjoy the isolation of this idyllic spot.  I was really looking forward to that - and to the company of some unusual critters! 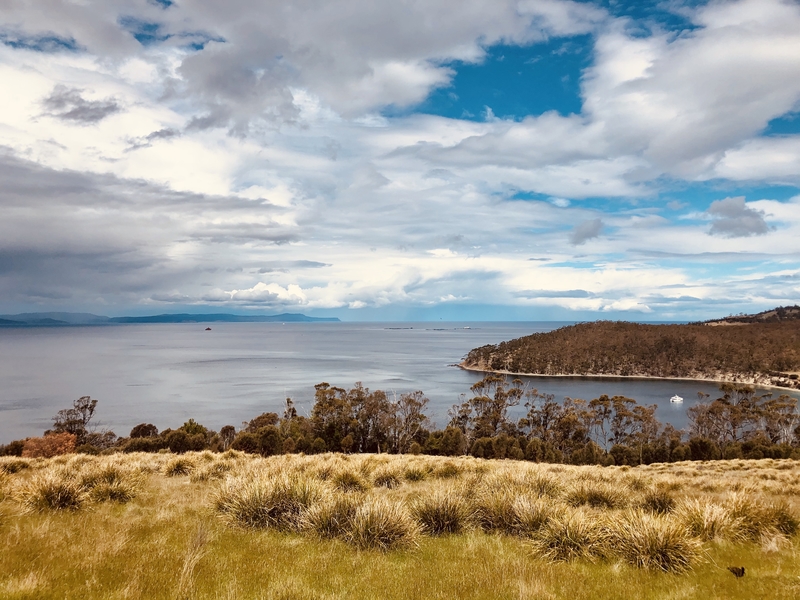 Most of the few roads on Bruny are unsealed and wildlife is abundant so driving is by necessity slow-going and bumpy.

We were barely ten minutes from the disembarkation point, and I was dozily enjoying the gorgeous views across the pungent eucalypts to the blue azure bays beyond, when Garry expertly hit the brakes and pulled up quietly on the dirt road.  His eyes were sharp as well as twinkly!  He had spotted not one but two Echidna, foraging in the early summer sunshine by the side of the track. 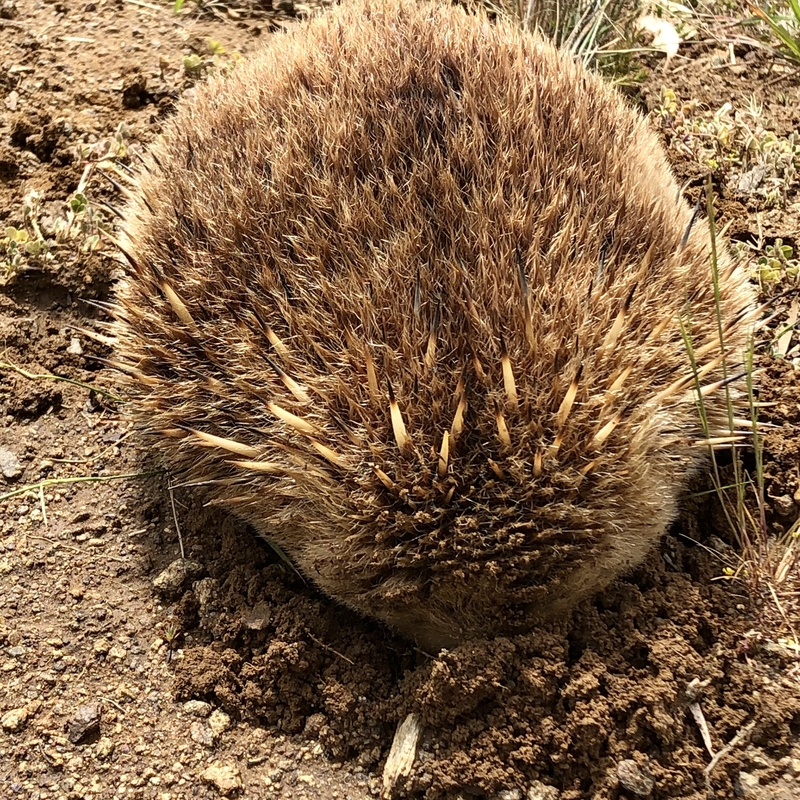 The Echidna is a comical creature, utterly beguiling, and one of the two monotremes or egg-laying mammals found in Tassie (the other being the Duck-billed Platypus).  Although elusive to the inexperienced eye the Echidna is found widely in parts of Australia, but the Tasmanian variety is a stunner - considerably larger with spines covered by thick fur.

I hopped out of the truck, tiredness forgotten, camera poised, and crept closer. I needn't have worried - these two couldn't have cared less about me!  I watched, photographed and filmed in raptures for several minutes as they foraged in the dusty soil with their adorable long noses.  They were virtually within touching distance, but without a care in the world.

My wildlife adventure had got off to a flying start, and I had barely been in Tassie for an hour! What else did Garry have in store for me, I wondered?  Reader, I wasn't to be disappointed.

A few minutes and several winding bumpy tracks later we pulled up in front of my home for the night - one of two uber-cool, architecturally-designed, luxurious and sublimely comfortable waterfront 'pods' - Flying Duck and Blue Wren. 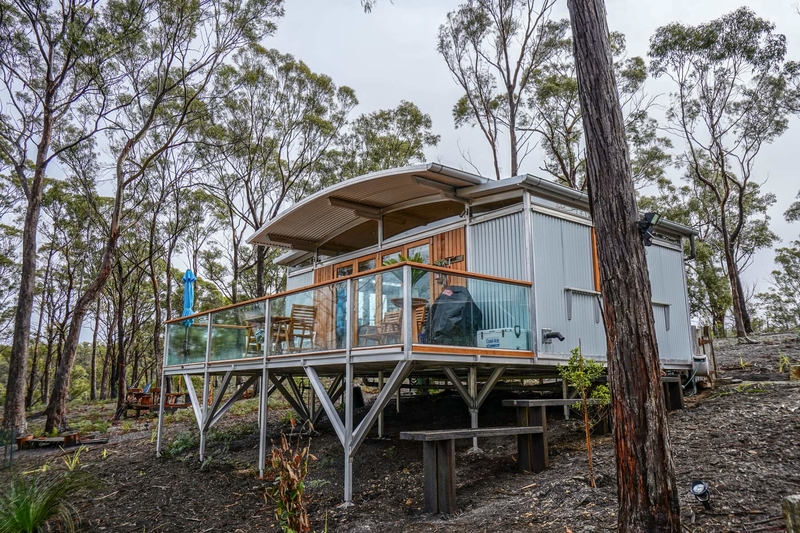 I didn't have to wait long for my next wildlife encounter.  Garry and his gorgeous wife Chris had invited me to join them for drinks and dinner that evening.  My long journey well and truly a distant memory, I needed no encouragement.

Avoiding the temptation to succumb to a nap on the vast bed, soft and beautifully furnished with bright covers, throws and cushions, I attended to a few emails, charged my camera and showered the last vestiges of jet-lag away.

Still in need of some invigorating fresh air (for Tasmania's is cleanest in the world) I took a gentle stroll on the stunning eight acre property before heading the short distance up to Garry and Chris's home. 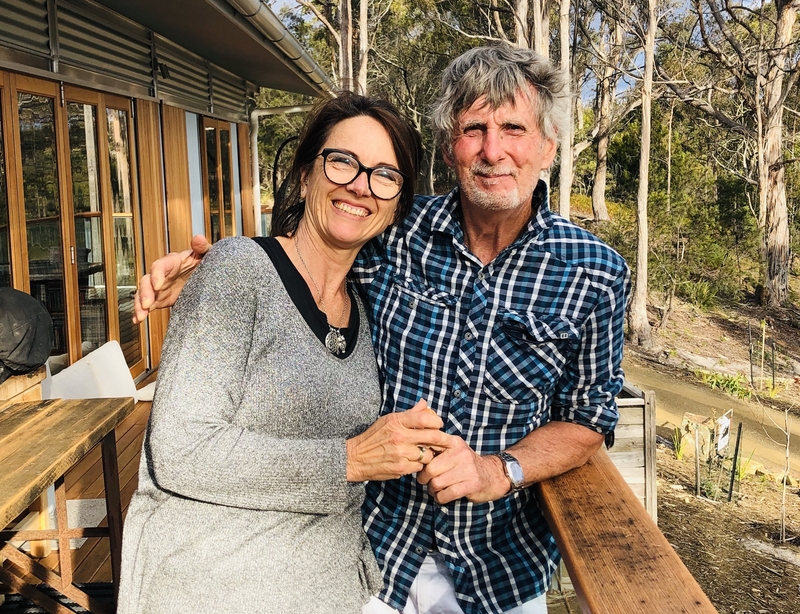 I was greeted with exuberance by their delightful dogs, a mouth-watering aroma coming from the stove, and a glass of wine.  Judging by the platter of nibbles and the open bottles of wine and beer awaiting my arrival, the hospitality here was every bit as warm and generous as the welcome, and equally accomplished. 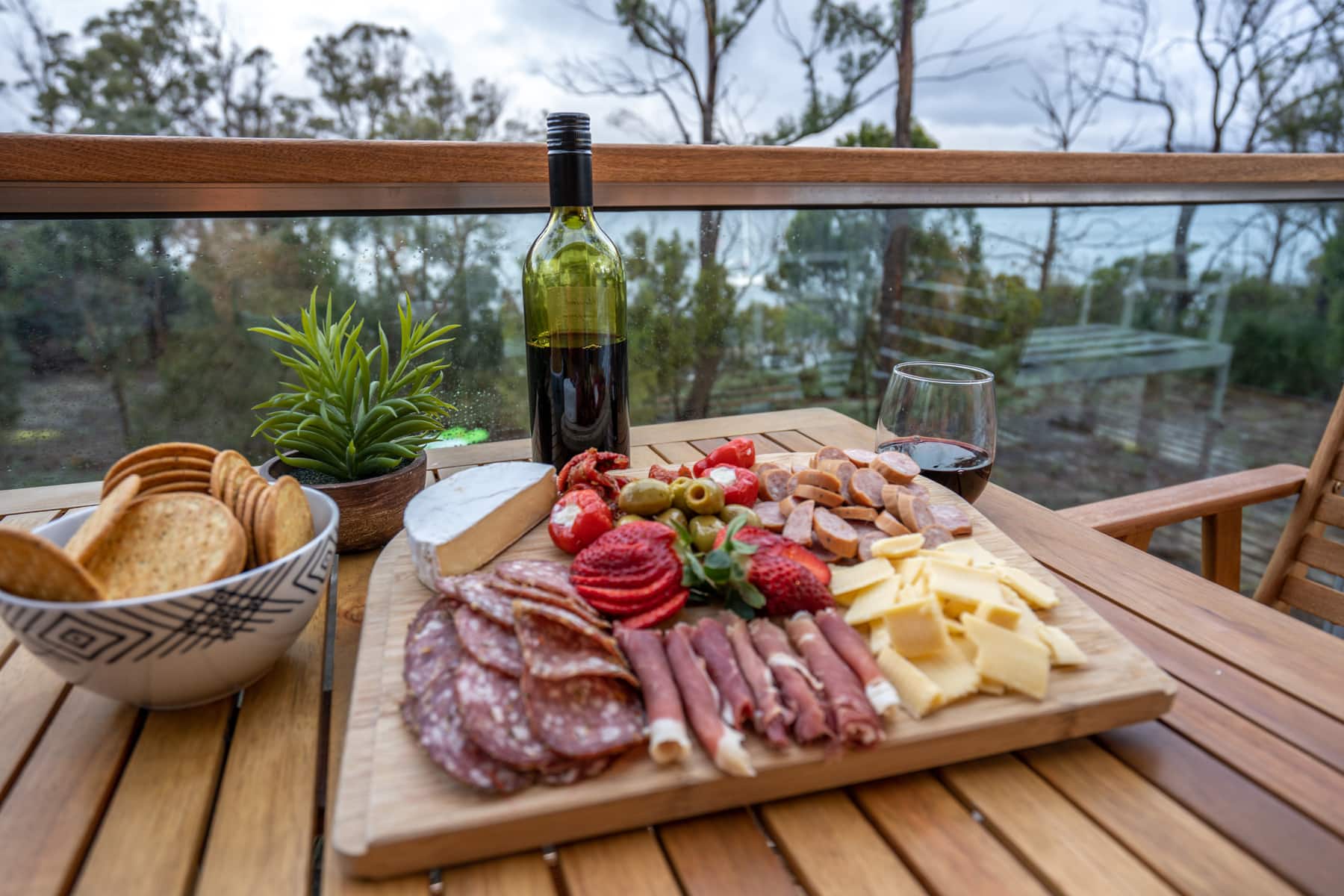 No sooner had Chris handed me a glass of crisp local Riesling than she tapped me on the arm, pointing outside.  There on the deck, taking centre stage in the dappled sunshine, was a Long-nosed Potoroo, a small marsupial closely related to the Kangaroo family. I swear I hopped on the spot with excitement.

Enter stage-left a Tasmanian Pademelon (similar to small wallaby) complete with darling joey hanging out of her pouch!  I was euphoric. 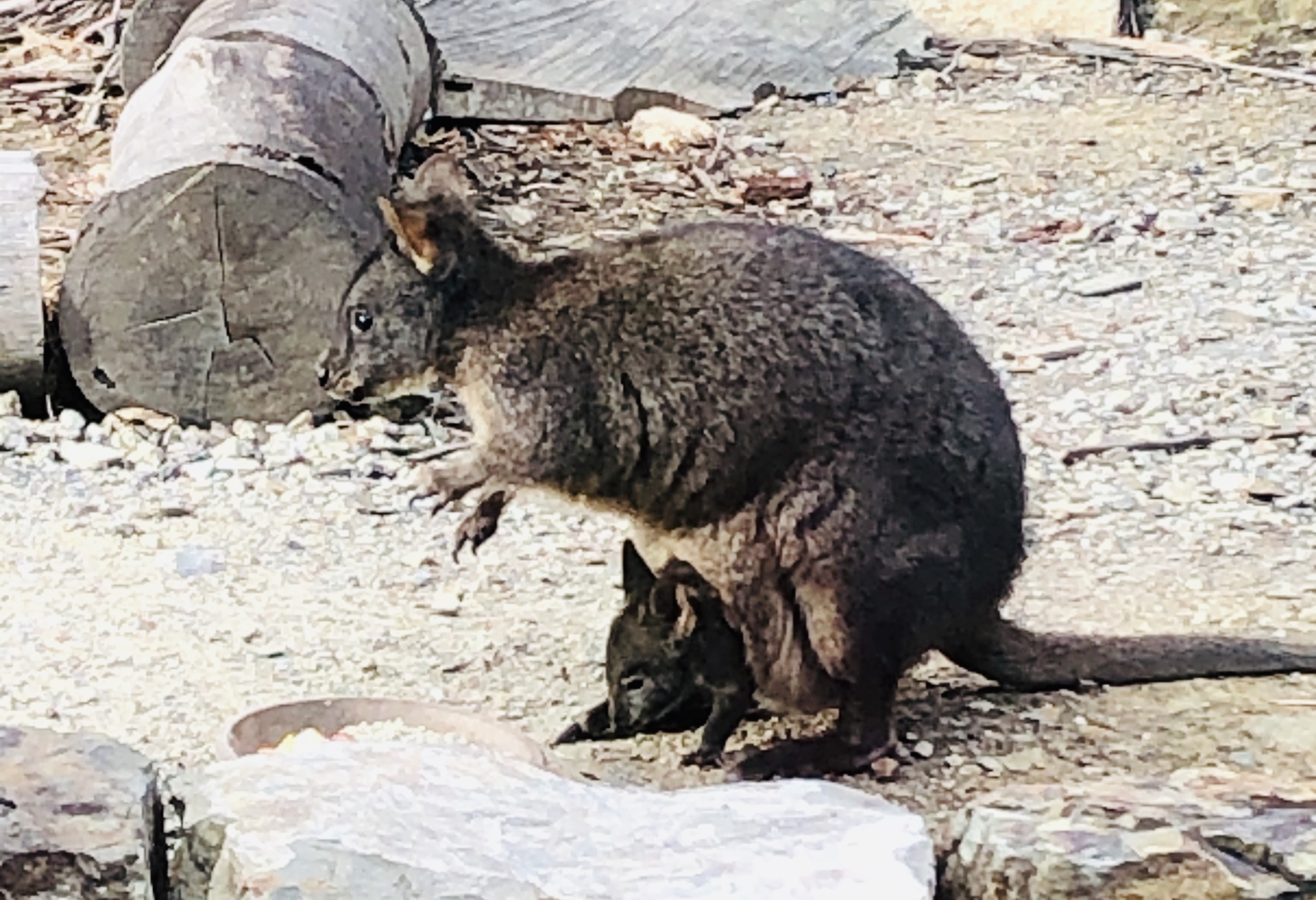 And then, oh joy of joys, an endangered and highly elusive Eastern Quoll (a carnivorous marsupial and cousin of the Tasmanian devil now found only in Tassie) appeared, merrily prancing its way in and out of the shadows.  I think I probably cried with happiness. 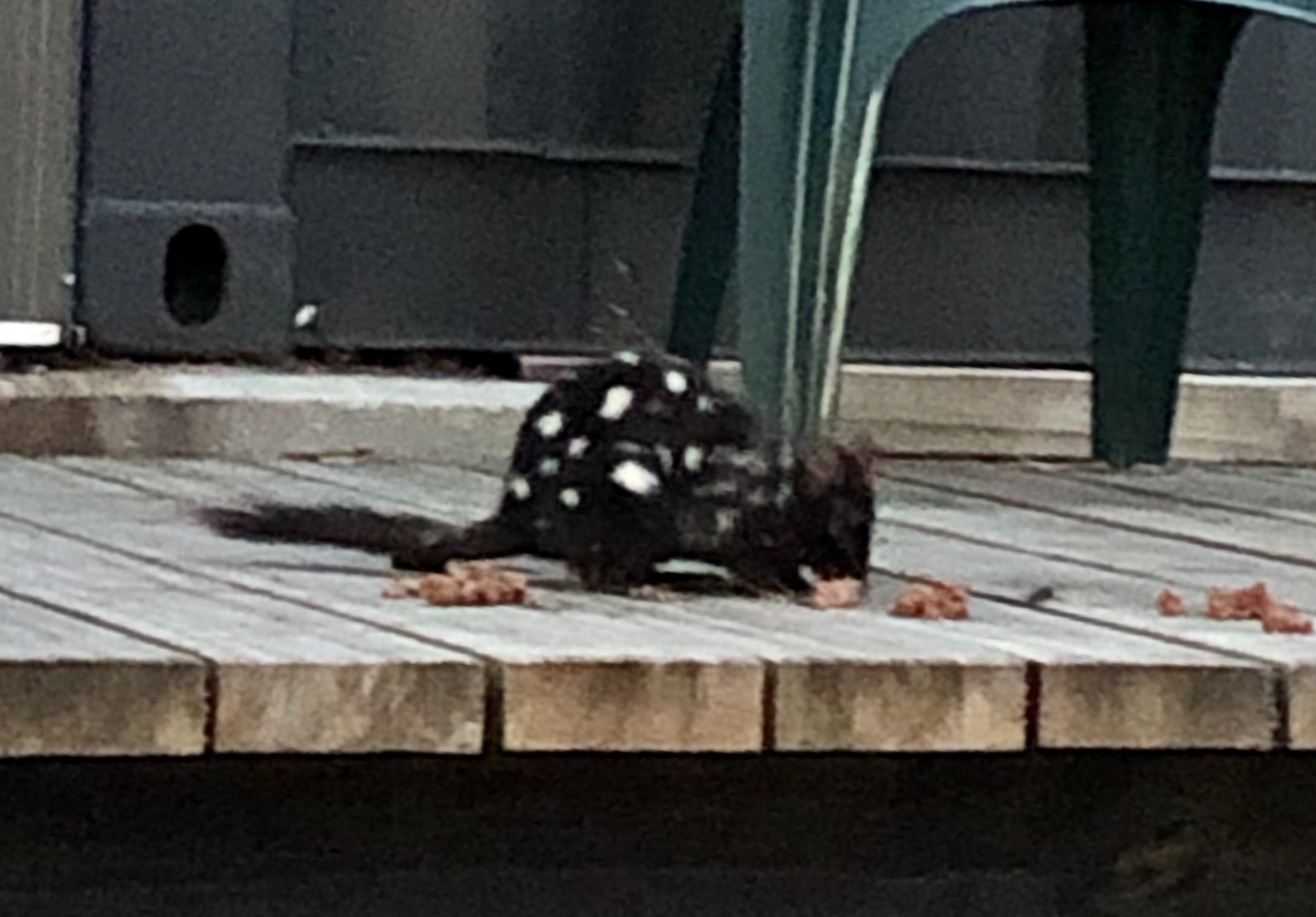 As the sun set over this theatre of wildlife, a mob of wallabies hopped at high speed down the hill past Blue Wren and Flying Duck - both have a prime setting to enjoy the nightly cabaret.

Enthralled by the drama unfolding in front of my eyes, I was glued to the spot, glass in hand, wide awake once again and mesmerised by the antics of an array of marsupials just yards away.  Honestly, I had to pinch myself. Was I dreaming?  Or had I died somewhere between Jersey and the other side of the world and found myself in marsupial heaven?  Even by Tasmanian standards, this was an extraordinary show. 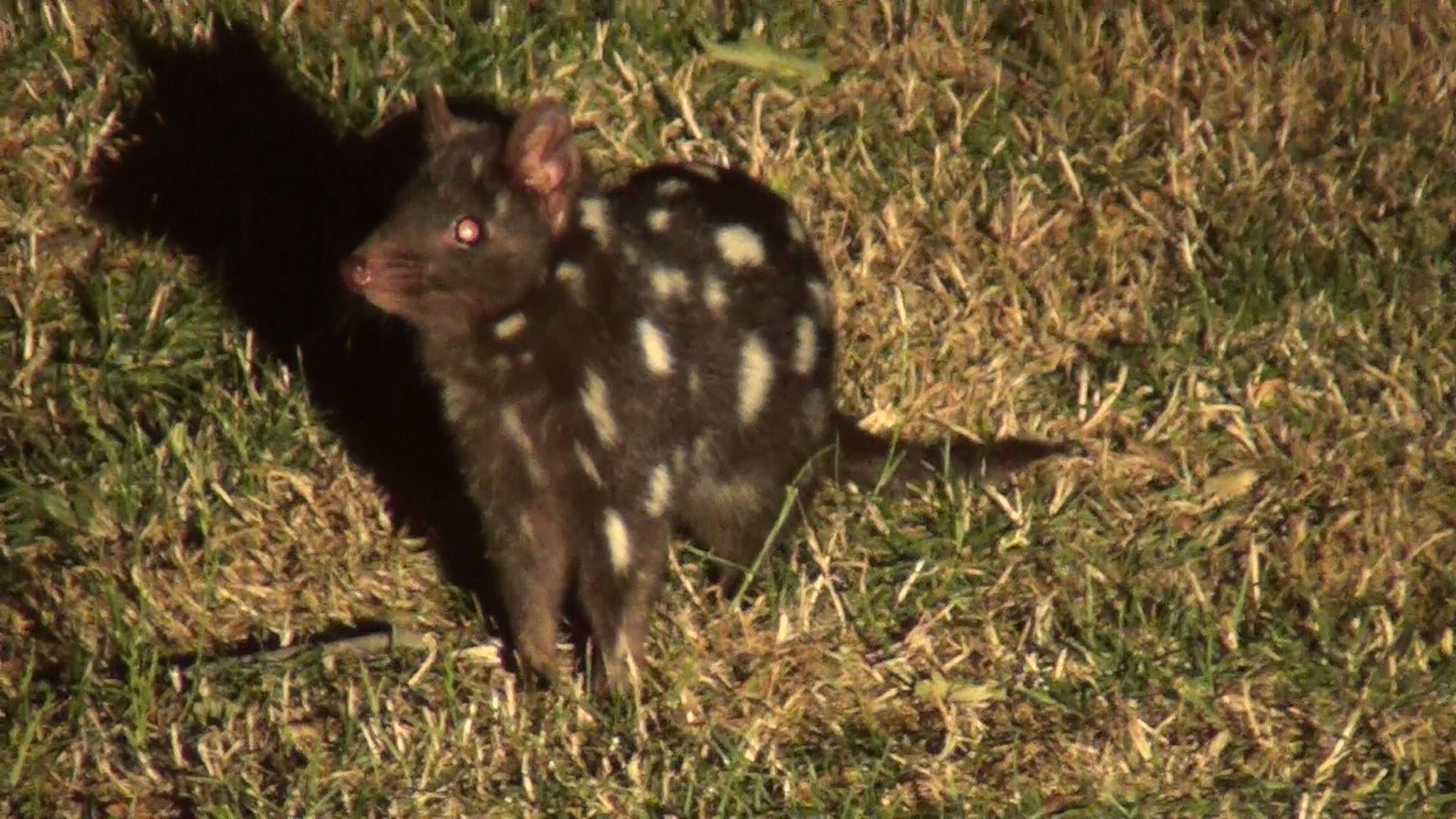 A couple of hours later, dizzy from an intoxicating cocktail of jetlag, wine, wildlife and laughter, and replete from a scrumptious dinner, I wobbled my way back to my Pod of Perfection in the paw-steps of Pademelons. I collapsed into the huge bed and slept until dawn. 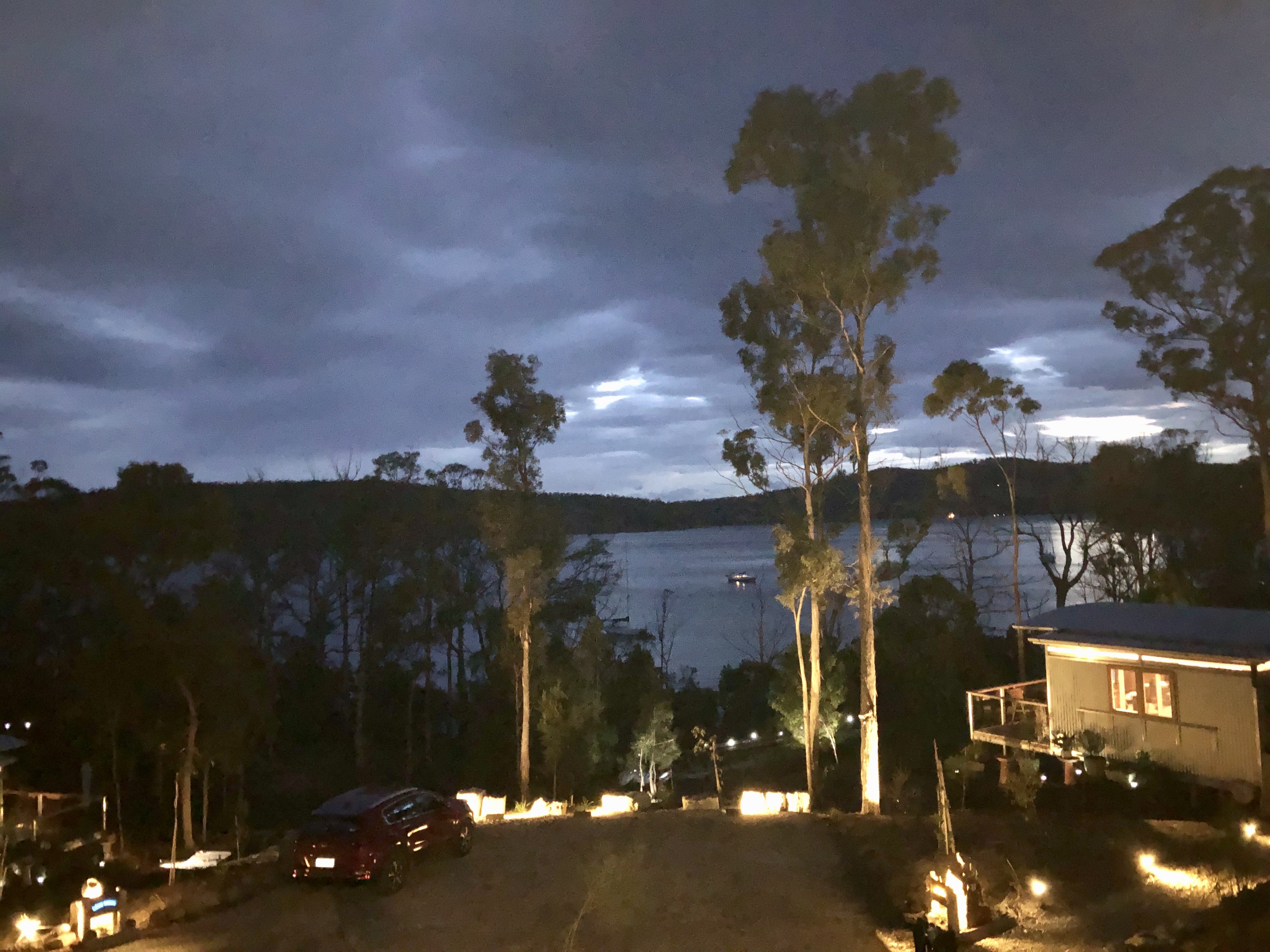 I woke to the sun pouring into my pod over my private deck through the folding floor to ceiling glass doors that separated me from the glistening waters of Quarantine Bay. After coffee, fresh fruit and creamy yoghurt, all supplied in my pod's compact but perfectly-formed designer kitchen, I meandered my way down to the bay. There I sat in the warm sun, drinking in the absolute peace and tranquility of my surroundings, and contemplated an early morning dip. 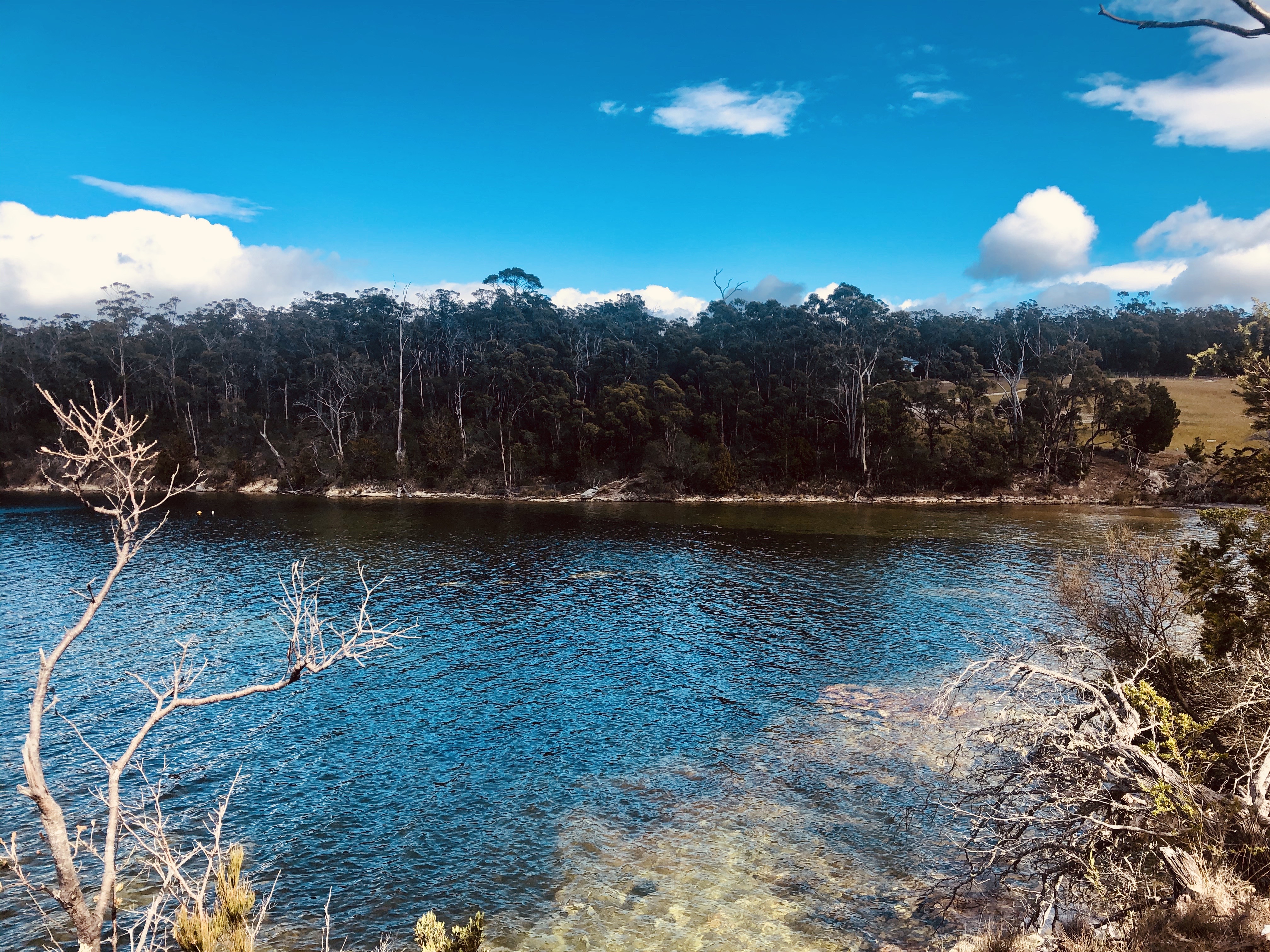 Sadly my time at Free Spirit Pods had come to an end all too soon.  With hand on heart I can say that dragging myself away from here was one of the hardest things I have ever done in Tassie, but with three weeks of exploration and a couple of thousand miles ahead of me, time was not on my side.

Garry was waiting to ply me with more coffee and cake before loading my bags for our drive back to Hobart.  Chris waved me farewell, all smiles and laughter and more local goodies for the drive.

Not even 24 hours had passed since my arrival in Tassie, but not only had I freed my spirit, I had also found one of the most exquisite hideaways on earth, witnessed a wildlife encounter second to none and made two firm friends for live. No worries, Mates, I will be back!

Garry has kindly offered all Tasmanian Odyssey guests a fantastic exclusive offer available throughout 2021 for all stays booked at Free Spirit Pods on Bruny Island. Along with a special discounted rate, our guests will also receive a gourmet hamper for Hobart's famous Hill Street Grocer, a Bruny Island Organic Vegie Box along with a private tour of Jo and Andy's organic vegie farm, a bottle of wine, marshmallows to toast on the BBQ and delicious hot chocolate, along with a fabulous local breakfast supplied in your pod's kitchen. Believe me, life doesn't get better than that! 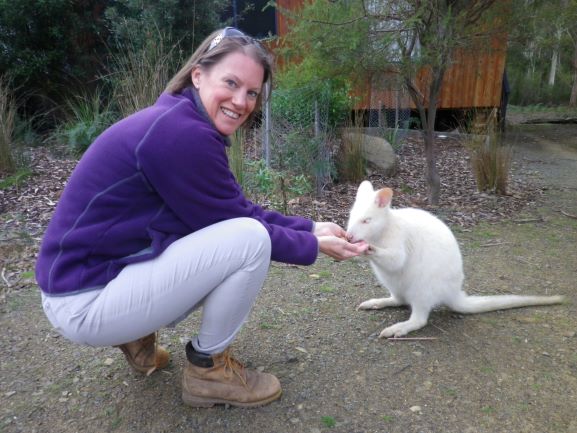 This blog was written by Susie de Carteret, owner of Tasmanian Odyssey, the world's only dedicated Tasmanian travel company.  We have over 22 years of in-depth knowledge and passion about Tasmania and we create life-changing self-drive and touring packages for our guests who come from all over the world.  For further information on any of the walks and tours in Tasmania, bookings and general advice or assistance, please contact Susie here