The raw, brutal beauty of Tasmania’s World Heritage listed Western Wilderness Area is impossible to miss. Furthermore its history of confrontation, the battle to save the Franklin River in 1982, is of even more significance than it has ever been, at a time when the world is acutely aware of our environmental responsibility. Remarkably much of this area was saved from man’s destruction before the term ‘eco-tourism’ had even been coined.

The Tasmanian Wilderness World Heritage Area protects one of the last true wilderness regions on Earth and encompasses a greater range of natural and cultural values than any other region on Earth.  The Tasmanian Wilderness World Heritage Area covers approximately 1.38 million hectares (or about 3.46 million acres) and represents about 1/5 of the area of the island state of Tasmania. It protects vast tracts of high quality wilderness, which harbours a wealth of outstanding natural and cultural heritage.

The west coast of Tasmania was also the setting for by far the most brutal of all Australia’s convict settlements – Sarah Island. While Port Arthur may have a reputation for being the most feared, there is little doubt that the conditions and brutality endured by the convicts – and the near impossible chance of a successful escape from such a hell on earth – mean that on a horror scale of one to ten, Sarah Island is up there.  The Franklin River Dam protest and the misery of Sarah Island are stories that are both played out beautifully in the Visitor Centre in Strahan, the West Coast’s only major town and the gateway to the West Coast Wilderness and World Heritage Area

The South West National Park is less accessible to most visitors but an easy diversion to Lake Pedder from the main road, the furthest point it is possible to drive into this remote  national park, Tasmania’ largest,  is more than worth the reward. Ancient rainforests, button grass plans, sub alpine moorlands, towering mountains, mesmerizing boulder fields, white sand beaches and vast lakes make up this vital wilderness area. The diversity of this region is simply unparalleled.  It is home to over 300 varieties of ferns, lichens, wildflowers, ancient Huon pines, some of the tallest swamp gums in the world, sassafras, myrtle, celery top pines and the world’s tallest flowering plant, the Centurian or Mountain Ash which can grow to over 100 metres. Here you can relax, bushwalk, kayak, abseil (the Gordon Dam is the highest commercial abseil in the world at 140 m, bird watch, fish and enjoy fabulous photography.

Strahan was also the setting for by far the most brutal of all Australia’s convict settlements – Sarah Island. While Port Arthur may have a reputation for being the most feared, there is little doubt that the conditions and brutality endured by the convicts – and the near impossible chance of a successful escape from such a hell on earth – mean that on a horror scale of one to ten, Sarah Island scores full house.  The Franklin River Dam protest and the misery of Sarah Island are stories that are both played out beautifully in the Visitor Centre in Strahan, the West Coast’s only major town and the gateway to the West Coast Wilderness and World Heritage Area.

Whether you approach Strahan from Hobart or from Launceston, drives are lengthy and should not be undertaken casually and without a good deal of planning.  While roads are mostly good, weather conditions can be very changeable as you pass through more eco zones per landmass than anywhere else on earth - and quite possibly encounter four seasons in one day.  To go from brilliant warm sunshine to snow is possible at any time of year. Roads become increasingly twisty, vistas of mountains, rivers and lakes ever more jaw-dropping making progress far slower than the map suggests. Break the journey with at least one night in the Central Highlands, as much as to enjoy the many walks and photo-stops along the way as to rest your eyes.

Those determined to do it in one stretch should allow a good five to six hours from Hobart, giving yourself plenty of time to walk, picnic, explore, and enjoy highlights such as Mount Field and Lake St Clair.

Travelling from Launceston to the west coast can take several days with too many places to visit along the way! The Great Western Tiers is just an hour for Launceston but one of the least visited and beautiful regions in the island. Cradle Mountain is one of Tasmania’s most iconic stops.  Head from here to the North West to breathe the cleanest air in the world.  Stanley is destination in its own right with some excellent and quirky accommodation, over the magnificent Nut, a volcanic plug that rises out of the Bass Strait, stunning beaches and access to The Tarkine Rainforest.

The Tarkine is the largest tract of unprotected wilderness in Tasmania covering 7% of the island. On a global scale, the Tarkine contains one of the world's most significant remaining tracts of temperate rainforest, second only in size to those in western Canada. A relic from the ancient supercontinent, Gondwanaland, the Tarkine rainforest exists largely on the 'Arthur Lineament'. This is the most extensive basalt plateau in Tasmania which still retains its native vegetation. Temperate rainforest is the rarest of the rainforests, and more highly threatened even than tropical and subtropical rainforests. The Tasmanian Tarkine, with its rugged coastline, grand and wild rivers, waterfalls, plateaus and cave systems, is truly a unique ecosystem of international importance. The Tarkine is home to 56 threatened and endangered species, including the Tasmanian devil, the Eastern and Spotted Quoll, The  Giant Freshwater Crayfish - the world's largest freshwater invertebrate - and the Tasmanian Wedge Tailed Eagle, the largest eagle in Australia.

An hour or so further on brings you to Marrawah, a surprisingly serene and beautiful region that on a sunny day belies the force of the Roaring Forties winds that bring huge waves crashing into the stretch of coastline, one of the richest in Aboriginal significance, all the way from South America.

Few visitors attempt to make the journey south from Marrawah to Strahan, along the aptly named Western Explorer, or the even more aptly known as the ‘Road to Nowhere’. This is a shame, for it is without doubt one of the greatest drives in the world, through the Arthur Pieman Conservation Area, and includes a stay the former mining settlement of Corinna and a trip on the Fatman Barge, a single vehicular ferry across the Pieman River.  The road is remote and largely unsealed for the extent of its 110 km, without any mobile phone reception or supplies but perfectly manageable.  In the very unlikely event that you should you break down or encounter difficulties, just stay put and wait for help to pass you by.  It might take a while but above all, do remember you are still in Tasmania, one of the safest, most friendly and civilised islands in the world.

How the West Was Won: the birth of eco-tourism.

Some five years before the term ‘eco-tourism’ had even been coined (which would be by poignant coincidence in 1983, by Mexican Hector Ceballos-Lascurian) something extraordinary was happening in Australia’s only island state.

The Tasmanian Wilderness Society, which was to become the world’s first Green Movement, was founded by Dr Bob Brown in 1978, in outrage at the way in which he and his like-minded peers perceived that much of the island’s wilderness was being sacrificed for industry and most notably Tasmania’s hydro-electric scheme. Lake Pedder, deep n the South West. had already been dammed and flooded in 1972, much to the fury of the small but rapidly growing band of environmentally-sensitive Tasmanians. By the time the plan to dam Australia’s last wild river, The Franklin, and flood the surrounding rainforest valley (which would include a 24,000 Aboriginal cave) came to light in 1978, the group was far better prepared to fight for their cause.

Little did they realise that much of the rest of the western world would stand shoulder-to-shoulder with them, both figuratively and in some cases literally, in their emerging battle for nature’s survival over man’s increasingly relentless destruction of the planet.

A plan was drawn up by Dr Brown and the Wilderness Society to persuade the Federal Government to support the campaign under the auspices of a pitch to secure UNESCO World Heritage Status for the area. Voters discovered that they could scrawl ‘no dams’ on their voting slips without defacing them which would make them invalid.  A political scrap was to follow in the state, and Liberal leader Robin Gray, a major supporter of the dam, declared the Franklin “nothing but a muddy ditch…..” and in December 1982, he ordered the bulldozers in. This was the same month that UNESCO was to award Tasmania’s west coast wilderness area World Heritage status. The region had achieved a staggering seven out of ten criteria – the only site in the world to do so (only four out of ten being needed to fulfil UNESCO’s requirement).  To this day any one other place in the world has matched that achievement.

One of Tasmania’s most renowned landscape photographers, Peter Dombrowskis, rafted down The Franklin and took the photograph at Rock Island Bend that was to appear on newspaper front pages across Australia and around the world.

Suddenly mainland Australia – and elsewhere as far afield as the UK – woke up to the pending environmental crisis. The Franklin River Blockade began, and rapidly gathered pace and momentum thanks in no small part to the vociferous support by British naturalist and television celebrity Professor David Bellamy. It struck a chord worldwide among increasingly environmentally aware and anxious nations, and people globally dropped everything to rush to this little known island state to  join the battle to save The Franklin.

The movement swelled in size to become the largest mass civil disobedience protest that Australia had ever witnessed, broadcast – 25 years before any sort of social medium were to see light of day - across the globe, and lasted until March 1983, during which time Bellamy along with hundreds of protestors including state and worldwide celebrities including Dr Bob Brown – were arrested and imprisoned.

On the mainland the Federal Government was toppled by the leader of the opposition, Bob Hawke, who had promised to halt the dam’s construction. State leader Gray challenged the decision in the Federal courts, and lost. The Franklin was safe, and the world’s first Green movement began. 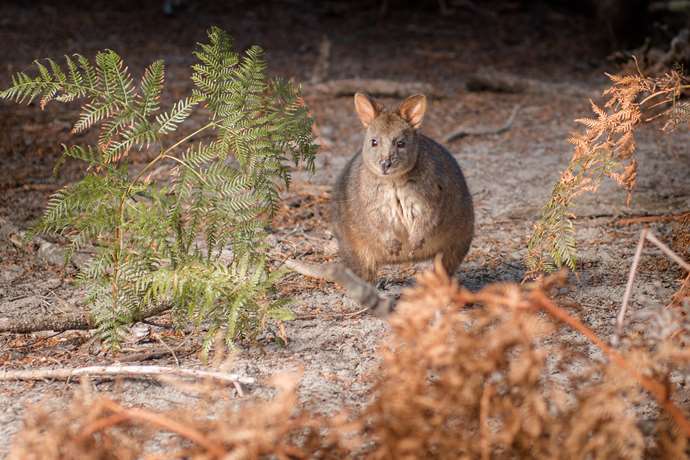 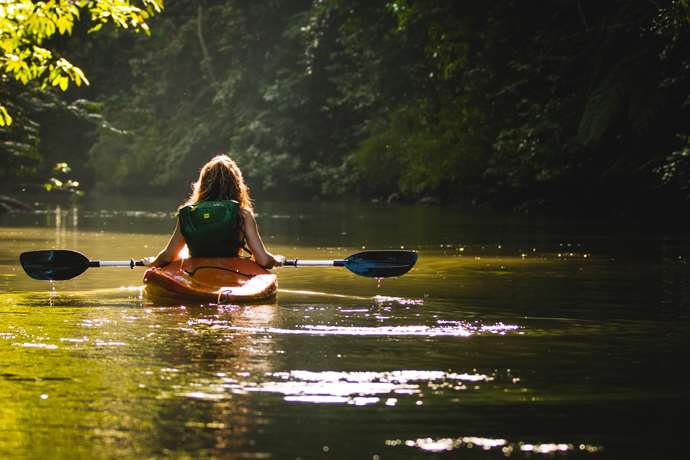